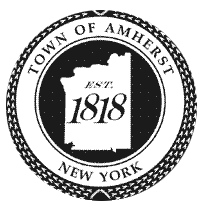 Classic Rarities serves the rare coin and currency needs of the whole Buffalo area. Numismatics is the study and collection of coins and currency. We’re experts in the field and knowledgeable about local history as well. Please reach out to us via email or phone to discuss how we can best serve your coin needs.

Our services include appraisals and consulting, both at an hourly rate. We also buy outright many individual valuable coins as well as collections, including some commemorative coin sets, US mint sets and similar. We’ll also take coins and collections for consignment. Should you happen upon bullion-related items like silver and gold bars and eagles, we will buy those as well.

Part of the numismatic profession involves knowledge of history. Our passion for the history of currency applies also to the history of the towns in our service area.

Cheektowaga, or in the Seneca language “Chictawauga,” means “Land of the Crabapples.” The land was originally occupied by the Neutral people, who were subsequently ran off by the Seneca Nation shortly before Europeans arrived in the area. The Seneca were in the process of consolidating the fur trade in the area.

European settlers didn’t start to arrive in the area until well after the American Revolution. The Seneca had been allies of the British and as such had been forced to cede most of their land to the newly formed US. In 1839, Cheektowaga was split off from the town of Amherst. By 1851 West Seneca had split off from Cheektowaga and the town’s limits became what they are today.

Garrison Cemetery is in Cheektowaga. This historic burial ground is where many American and British soldiers lie from the battles around Buffalo during the War of 1812. Where the cemetery is now there was a military hospital during the war. The cemetery is listed on the National Register of Historic Places.

The area was mostly used as farmland before WW2. The rural nature of the area began to change following the war. The area was heavily suburbanized for the baby boom era. Highways began to be built through the area and Westinghouse Electric Corporation built a factory, as did other companies. Today, many of those factories have been demolished but Cheektowaga maintains its blue collar heritage. That heritage includes a large Polish-American community descended from the workers who emigrated to Buffalo to work industrial jobs during the 19th and 20th centuries.