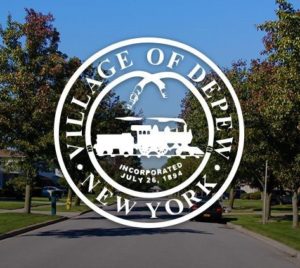 Classic Rarities is a numismatic service provider and rare coin and currency wholesaler. We serve the entire greater Buffalo area. By appointment you can come consult with us at the shop or we can come to you at your office, bank or home. Classic Rarities will always respect your privacy and confidentiality in all consultations.

We provide a variety of services. We will consult on coin and old currency matters and appraise coins and currency collections, both at hourly rates. We also purchase or consign coins and coin collections–raw or certified or act as your agent in interactions with the major coin grading services.

Numismatics is the study of old curency and coins. To better serve your historic currency needs, we take an interest in local history as well.

Portions of the current location of Depew were settled by Europeans as early as 1808. Apollos Hitchcock was the first known settler, his land lies just north of Cayuga Creek on the main road that connected “Buffaloe” with Lancaster village, which today is in Cheektowaga. The land was surveyed by the Holland Land Company.

The village is named after Chauncey M. Depew. Mr. Depew was president of the New York Central and Hudson River Railroad Company at the time and later a US Senator in the early 20th century. Ground was broken on ancillary railroad buildings and shops for the railroad company in 1892. The development of the railroad in the area led to a real estate boom for the next several years.

By May of 1893 the Depew Herald, the area’s first newspaper, began publication. Thousands of feet of sewers and nine miles of plank sidewalk were laid out and dozens of houses were constructed by July 1894 when the village was officially incorporated. Also in 1894 the Depew Brewing Company opened. Depew was booming. By 1895 the population was 1,814. For the rest of the 19th century and the early 20th century Depew economy was driven largely by railroad support industries.

The US Post Office in Depew has a mural called “Beginning of the Day” painted by Anne Poor in 1941. The post office is listed on the National Register of Historic Places as of 1988. This mural and others from 1934 to 1943 were commissioned by the “Section of Painting and Sculpture”, now called the “Section of Fine Arts” of the US Treasury Department.

In 2017, voters in Depew decided to not dissolve the village back into the surrounding towns of Lancaster and Cheektowaga by a significant margin.