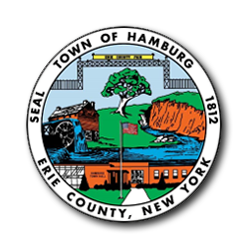 Buffalo’s Classic Rarities is a coin dealer specializing in rare coins and currency. Numismatics is a study of currency and its history. We’re specialists in that study and we’re here to serve the entire Buffalo area’s currency and rare coin needs. Should you need a coin collection appraised, a professional coin dealer’s opinion on matters relating to that collection, or are looking to sell your rare coins you should think of Classic Rarities first.

We will purchase certain individual rare coins depending on their value, we can take your US or foreign coin collections for consignment or purchase them directly or liquidate your commemorative coin sets. You can, by appointment, come to our shop or we can come to your bank, office or home for these services. We’ll also buy a variety of other currency-related items such as bullion bars, gold or silver eagles or historic paper bills. Just call or email and we can discuss.

As a facet of the study of historic currency, we also like to be knowledgeable about the history of our service area. We hope that our knowledge of history, both numismatic and local, will help us serve you the best out of any local coin dealer.

Hamburg was originally occupied by natives known as the “Erie People” — a subgroup of the Iroquoi. The settlement that later became Hamburg was originally named Barkerville, after the local postmaster Zenas Barker. The first European landowner in the area was John Cummings, builder of the first grist mill here in 1806.

Hamburg was formed from the larger and now non-existant town of Willink by government declaration in 1812. The first town meeting took place at Jacob Wright’s tavern, which is in today’s Armor. As a measure of the era, one of the town board’s first actions was to put a $5 bounty on the hides of wolves that were taking a toll on the livestock of the first settlers.

By 1850, Hamburg had shrunk due to the subdivision of part of its land into the towns of Orchard Park and West Seneca. In 1852 the railroad came to Hamburg, a major milestone in the development of the area. By 1868 the Erie County Fair came to be held in Hamburg, where it still is held to this day. By 1874 the village of Hamburg had enough people to separate its government from the town. In 1875 the county newspaper was founded in Hamburg, which is today known as The Sun.

The late 19th and early 20th centuries, as elsewhere around Buffalo, were marked by industrial development and the arrival of cheap European labor to staff the steel plants. In the early 1900s a trolley car system was put in place to support the new commuters. In 1915 the Hamburg Free Library, formerly in a variety of rented buildings, was moved into a Carnegie Library, similar to the transitions taking place all over the US. Over the rest of the 20th century Hamburg has become more and more of a suburban center, as well as transitioning away from the area’s classic industrial economy.

We hope that anyone who loves the history of Buffalo and its southtowns as much as us will think of Classic Rarities for any coin and currency collectible needs they might discover.