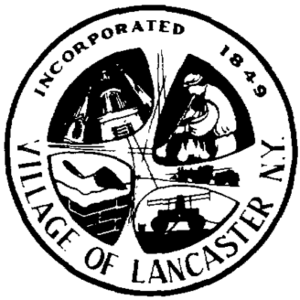 Classic Rarities serves Lancaster, and all the other towns in the greater Buffalo area, as a premier numismatic specialist. We deal in all the facets of currency and coinage. We consult and appraise rare coins and coin collections, as well as old paper currency, at an hourly rate. We also buy and deal in a variety of rare coins and coin collections, including certain valuable commemorative coins and mint sets. We’ll also buy silver and gold bars and eagles and other bullion-related coinage.

Should you need us to appraise, purchase or consign your coins or just be your agent for certification of your collection, Classic Rarities is here to serve you. Please set up an appointment to visit us at our shop or we can schedule a time to come to your bank, office or home. Don’t hesitate to call or email. We pride ourselves on our knowledge of both the area and Numismatics.

Many historic buildings are located in Lancaster. The oldest stone and wood structures in Erie county are both within the town limits. The oldest stone structure is the Warren Hull House, built in 1810 and listed on the National Register of Historic Places in 1992. The oldest wooden structure is the “Gipple Cabin”, originally located just inside the northern boundary of the town on private land. It’s now been dismantled and is slated for restoration. It’s currently stored in a barn on the Warren Hull House property. The village of Lancaster contains many historic homes dating from the early 19th century as well, all of which are also on the National Register of Historic Places.

An historic football rivalry is an important part of Lancaster’s history. The Lancaster/Depew  High School football game has been held in October since 1919. The Lancaster also once hosted its own professional football team at the turn of the 20th century. Called the “Lancaster Malleables”, the team played in the New York Pro Football League and won the league championship in both 1913 and 1914.

In the late 1960s the town of Lancaster was planned to be the location of the second ever domed stadium in the US. Due to legal complications attributed to pressure from the owner of the Buffalo Bills the county officials delayed the planning and construction until it was eventually scrapped.

Lancaster’s rich history and important location, so close to Buffalo, make it an important part of Classic Rarities service area.