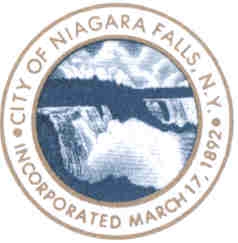 Classic Rarities is a rare coin and old currency wholesaler and consulting service in Buffalo, NY. Our extensive knowledge and expertise allows us to best serve the needs of the area. We offer numismatic services to all the towns around Buffalo. You can visit us in our shop or we can come to you in our service area, both by appointment. We are knowledgeable about not only the details of rare coins and historic currency but the history of the towns we serve as well.

The region of Niagara Falls was first explored by the French in the 17th century. The first European eyewitness reports date from that time, though it’s difficult to name the first European to see the falls. The first writing describing the Falls is attributed to Samuel de Champlain and his men. The first eyewitness painting was made by Thomas Davies, An East View of the Great Cataract of Niagara, in 1762. Thomas Davies was an British Army officer.

The Niagara River was one of the first routes to the Great Lakes basin pioneered by Europeans in pursuit of the fur trade. This trading pressure caused much unrest among the native tribes, delaying the formation of large European settlements in the area. In a later era, the river was also an important route for escaping slaves headed for Canada.

As early as the 18th century, the falls and cataracts around the city began to be used for industrial hydro power. Once electricity was pioneered, the city’s economic boom began. Many businesses, engineers and scientists began to harness the falls for manufacturing. Paper, rubber, plastics, petrochemicals, carbon insulators and abrasives were produced in large quantities in the city and shipped downriver.

The city’s size peaked in the 1960s at over 100,000 citizens. From there the city went into decline. The river was no longer suitable for modern shipping technologies and, consistent with the rest of the rust belt, industry had begun to decamp for less expensive regions. Several large industrial accidents also occurred and accelerated the departure of industry from the region, such as the gorge wall collapse that destroyed the Schoellkopf Power Plant and the Love Canal toxic waste incident, declared a state of emergency by then President Jimmy Carter.

Niagara Falls, NY’s population is currently around 50,000 citizens. The economy of the city is largely driven by tourism in the modern era, though much history from the golden age of hydroelectric power and industry remains. The city has a number of properties on the National Register of Historic Places.[9] It also has three national historic districts, including Chilton Avenue-Orchard Parkway Historic District, Deveaux School Historic District and the Park Place Historic District.

History is just a part of our knowledge. Numismatics is the collection and study of currency. Classic Rarities will liquidate by purchase or consignment any coin collection, raw or certified. We also offer appraisal and consultation by the hour, or at no cost if we decide to purchase your owns directly. We can also be your agent when dealing with the major grading services. With all our services comes our respect for your privacy and confidentiality. Please call or write to set up an appointment with us!