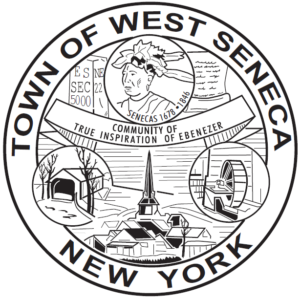 Numismatics is the study or collection of currency. Here at Classic Rarities it’s not only our business but also our passion. We provide services to any customer in need, no matter whether their collection is raw or certified. We liquidate by purchase or consignment, buy bullion-related bars or coins, appraise and offer consultation by the hour. We’ll transmit your coins to the major grading services on your behalf as well. During any service interaction with Classic Rarities we take pains to respect your privacy and confidentiality.

We are currency wholesalers as well, specializing in a variety of valuable old paper currency and coins. Silver dollars before 1935, Kennedy half dollars ‘65-’70, silver dimes, silver quarters and half dollars all before ‘64, wheat pennies, and all gold coins US and foreign. We also deal in a variety of old coin albums, US mint sets, proof sets, commemorative coin sets as well as silver and gold eagles and bars. Please feel free to send us an inquiry via email or phone if you’re not sure if your currency is one we would be interested in.

Classic Rarities serves the entire greater Buffalo area. We will do appraisals anywhere in our service area by arrangement. Purchases, appraisals and consulting are all available at your home, bank or office. Our expertise is at your disposal when considering selling or putting up for consignment your coin collection. If you prefer to bring your materials to our shop, it’s a short drive to Buffalo, where we are available by appointment.

Knowledgeable About Local and Numismatic History

While evaluating many old currency holdings, it pays to be knowledgeable about the history of the US as well as the individual numismatic items. We are a business firmly rooted in the Buffalo area and we enjoy knowing about all our satellite communities. One of those historic towns that surround buffalo and is served by Classic Rarities is West Seneca, New York.

West Seneca is one of the “Southtowns” that comprise a major part of the Buffalo suburbs. Southtowns are the Buffalo way to delineate the different surrounding suburbs. This includes Aurora, Blasdell, East Aurora, Elma, Hamburg, and Orchard Park. Several other towns in the snowbelt south of Buffalo are also considered part of the Southtowns.

West Seneca is on land that was a part of the Buffalo Creek Reservation, land originally belonging to the Seneca Nation. The Seneca had been allies of the British and the US forced them to relinquish most of their territory after the war. The Treaty of Big Tree in 1797 gave ownership of nearly all of Western New York except for 12 reservations, including Buffalo Creek, to the US. This reservation encompassed much of the present site of the city of Buffalo, New York, as well as its southern and western suburbs. As such, West Seneca did not open to white settlement until the mid 19th century.

West Seneca is also home to the Eaton Site, an archaeological site listed in 1979 on the National Register of Historic Places. The Eaton Site contains artifacts dating back to campsites circa 8000 BCE, as well as a Iroquoian village dating to around 1550 AD. There’re also items in the archaeological record dating to the occupation of the site by the Seneca after the formation of the Buffalo Creek Reservation in the early 19th century.

The entire Buffalo area is as rich with history as West Seneca. We’re proud to be the best choice for old currency and coin services for every town in our service area.