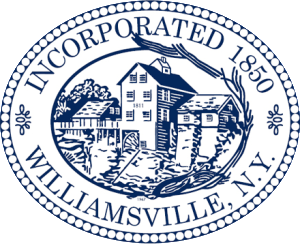 Classic Rarities is a rare coin and currency wholesaler and consultant. Numismatics is the study of historic currency and we offer a variety of numismatic services beyond simple purchase and sale, as well. We will appraise coin holdings at an hourly rate and also offer consultation to any person who needs to employ our expertise.

We purchase and consign, as well as handle the certification of, a variety of valuable coins and coin sets. US mint sets, commemorative coin sets, as well as US and foreign national currencies and bullion-related bars and eagles are all part of our business. Please don’t hesitate to employ our historic expertise in any coin or currency related matter. Please call us to set up an appointment at our shop or at your home, bank or office.

Williamsville is a village named after Jonas Williams, one of the first settlers. Williamsville falls under the two towns of Amherst and Cheektowaga. Williamsville’s development owes largely to the crossroads between Batavia and Buffalo in the early 19th century. The crossroads passed over Ellicott Creek near Glen Falls and the water power of that falls attracted several millers.

The first mill was built by the town’s namesake, Jonas Williams. Originally the village was known as William’s Mills. The mill still stands today, near Glen Park, called the Williamsville Water Mill. Other mills grew up around Glen Falls over the first half of the 19th century. A stagecoach stop, tavern and inn was built near Ellicott Creek in 1832 to serve the mills and village, today known as Eagle House. In 1841 a raceway was built to divert water to the various mills, creating an island in the stream today known as Island Park. By 1850 the village had enough people to incorporate as an official entity.

During the War of 1812, Williamsville was the site of a field hospital and log barracks. Wounded English and American soldiers both were treated at the hospital during the fighting around Buffalo. Many fallen soldiers treated at the hospital, who did not survive, are buried in a small cemetery on Aero Drive between Wehrle Road and Youngs Road. The Evans House in Williamsville was briefly the headquarters of Winfield Scott during 1813 when his army of 5000 was stationed in town. This was around the same time as the burning of Buffalo by the British in 1813 as well. Many refugees sheltered in the village as they fled Buffalo.

Williamsville has a deep respect for its history. In 1983 the village passed a Historic Preservation Code to ensure its many historic buildings, some described above, would be conserved. Every summer the village holds the Old Home Days to commemorate its history. Old Home Days was originally started by a group of women who would come to Williamsville to remember years past.